When it boils down to the laptop market, both Toshiba and HP have an amazing pedigree. Each of these brands has been the top-selling producer in the market. However, the consumer laptop market has nothing to do with the past glory. It’s a fast evolving technological field that’s highly competitive. Current success, laptop performance, and choices are the things that matters most. The burning question is which of these two brands is better. Where do these brands stand in today’s market? To get answers to such questions, check out this HP vs Toshiba laptop comparison. 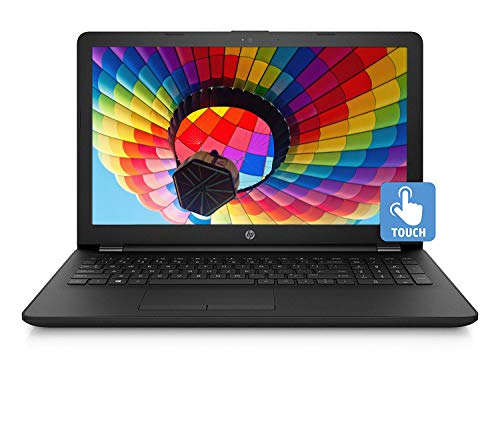 With a glorious history spanning over 80 years, HP is one of the oldest manufacturers in the computer industry. They’re considered as the founders of the United States computer manufacturing. Their production of semiconductors started the Silicon Valley Revolution. Beginning from a garage, HP has now manifested into a multinational company. With a market share of more than 21 percent, they’re one of the leading producers of computer products all over the world.

HP has always been popular for their cordial relationship with Intel, processor manufacturers. In 2015, they joined hands to form the High Performance Computing Alliance. Now, their partnership continues and Intel is the processor of choice for HP.

On the flip side, high-end products such as the Omen X and Spectre come with UHD (ultra high definition) displays. That means crisp, clear imaging even at close quarters. While the high-end laptops include the UHD (full high-definition) feature, budget models lose the UHD feature and come with the standard high definition feature.

Once considered as plain, practical looking laptops, HP has improved the laptop designs in the last few years. They’ve crafted some of the best-looking computing machines in the market. They work on the theory of trimming down everything in an attempt to offer the sleekest products. For instance, the Hybrid Spectre x360 is extremely light in weight. Featuring an aluminum body along with thin bezel edges, the laptop weighs only 2.78 pounds.

In addition to this, the Spectre 13 from HP is the most elegant model available, surpassing the Apple laptops. It’s incredibly thin with a ceramic (white) casing. Even smaller elements have been crafted to a design overhaul. Finished in polished chrome, the screen hinges really stand out even in a crowded place.

HP has managed to maintain the prices of laptop computers in the mid-range. Their prices are above Acer, but well below the salary-bursting costs of Apple. In spite of modest price ranges, HP products are excellent in terms of specifications. They’re a lot cheaper than most of their close competitors.

In a nutshell, you get more than what you shell out on the top HP laptops. Let’s take the example of Spectre x360 from HP. It’s about 200 dollars cheaper than Microsoft Surface Book 2, Lenova Yoga 920, and Toshiba Tecra Z40t-B. All these are comparable laptops.

HP has a committed consumer-oriented team that analyzes the desires of their customers. In accordance with customer feedback and needs, the brand responds to upcoming requirements. Recently, they discovered that there was a huge demand for UHD and 15-inch displays. However, customers didn’t want the extra thickness and weight. To meet this demand, HP worked in conjunction with NVIDIA to feed the MX150 graphics card. The end result was a laptop with a crystal clear display with a minimal size increase of 0.07 inches.

Also, they’ve bettered their battery technology. Now they’ve introduced the fast charging system, which charges the battery to 50 percent under half an hour. Their customer research also figured out that about 97 percent of laptop users favor thin bezels or no bezels at all. Responding to this need, HP came up with a micro-edge display, which reduces the bezel size by more than 70 percent.

Why HP stands out?

The variety of laptops offered by HP is fantastic. Their budget HP pavilion 15 is an amazing first laptop. It’s also perfect for students who need an affordable but powerful laptop. On the other hand, you’ll find the wonderful Omen X, crafted for serious gamers.

Combined with Chromebook 14G5 and Hybrids, HP covers almost all types of customers. All these things are in addition to the competitive pricing and appealing designs already detailed. Above all, HP laptops are backed by a standard warranty of 1 year. Also, they provide free telephone support for 90 days.

Formed in 1939 in Japan as an electric lamp manufacturer, Toshiba has manifested into a big multinational company today. Now they produce everything from televisions to laptops and railway control systems. Toshiba products ranked as the fifth largest laptop producer in the world between 2001 and 2005.

However, their market share fell dramatically after 2005. In the year 2016, Toshiba announced that they would phase out the production of laptops for consumer use, concentrating on the business market. Their latest lines include Portege (light, thin business laptops) and Tecra (solid business laptops).

Most of the latest laptops from Toshiba include 7th generation Intel Core processors. In addition to delivering increased speed on demand, these chips ensure enhanced visual capabilities. The displays on the laptops present little innovation. Available in mainly 13.3 or 15.4 inches, the better versions feature full high definition. Also, they come with an anti-glare coating.

Many customers indicate that the resolutions of these screens are amazing. However, their brightness levels don’t match the brightness levels of Asus, Lenova, and HP. The low-end series of Tecra models come integrated with an HDD (5400 rpm). On the other side, the Portege line features the speedy solid state drives. Most of the Toshiba laptop computers are available with a lithium-ion battery with 4 cells.

The brand has received positive ratings from buyers indicating their enhanced battery life. However, there have been a few negative reports on batteries. According to these users, the batteries fail to charge. As such, most of them have sought a replacement soon after their purchase.

If you look at their history, you’ll find that one particular area that has let Toshiba down is the design. It used to be a joke that you can have a Toshiba laptop computer in any color if it was black. To be correct, their latest models are charcoal more than black. Amazing aesthetics isn’t a term that you could associate with Toshiba.

The possible reason could be the fact that they concentrate more on the serious business market. If you compare their business-oriented models with other brand models such as the HP Spectre and Apple MacBook Pro, you’ll conclude that the other brands are a lot more impressive. While other brands are trying to reduce the keyboard frame-size and bezel edging, Toshiba models are still obtrusive and wide.

In the past, Toshiba was praised for offering powerful laptop computers at budget prices even though they were a bit plain in appearance. Now that the brand has shifted its focus on the business market, the prices have increased. Today, you can’t get a Toshiba laptop under 250 dollars.

As they’re designed for business people, the Portege series is a strong, sturdy machine. Featuring a honey-comb build and magnesium alloy casing, the machine has a shock-absorbing body. Consequently, these laptops have better strength and durability than many other leading brands. Both the Portege and Tecra laptops come with Toshiba’s Easyguard system. This avoids damage to the critical computer parts from dropping and spillages.

Additionally, Toshiba has enhanced heat-performance with the cooling system. It has a heat-busting component layout, intelligent air-flow control, and improved air-intake properties. Due to this reason, Toshiba laptops don’t overheat.

Why Toshiba stands out?

Is Toshiba a good laptop brand?  Toshiba’s most distinguishing feature is their slimmed down product line for business use. However, you won’t find any consumer laptops or gaming machines from Toshiba. The high-end Portege neither has the processor nor the graphics card to run serious games.

Toshiba is currently a brand focused on the business market. They offer robust designs and solid performance. However, Toshiba’s models are often more expensive than their counterparts.

Toshiba and HP are some of the top producers of laptops in the market. However, when it comes to finding out which of these brands is a better choice, you ought to carefully compare Toshiba laptop vs HP laptops in accordance with their features, performance, and specifications mentioned above. HP outperforms Toshiba in terms of design, innovation, and price. On the other hand, Toshiba beats HP where strong, plain looking business laptops are required. If you closely examine their specifications and current performance, you could make a smart choice depending on your specific needs.  So which will you choose?  A Toshiba or HP laptop?

Want more info?  Check out these comparisons with other computer manufacturers: